I'll be the first to admit that I've put up with a lot of shit from men in the past. Not always earth shatteringly bad events but still things that upset me. Being talked down to, being manipulated, painful sex that i thought I had to continue for the sake of the other person, things that I thought were completely normal but in fact weren't acceptable at all. I've talked about this before, but only now am I beginning to fully understand it.

Since turning 25 I've had a bit of an epiphany about how I deserve to be treated. The things I should and shouldn't put up with regardless of the situation. A lot of this thinking process has stemmed from reconsidering past relationships.

It's been just over a year since I broke up with Alex, and I'm slowly (even now) beginning to realise that I should never have let him treat me the way he did. After cheating on me and breaking up with me via Facebook, we got back together despite him repeatedly discussed how he was still in love with his ex. Whilst in bed together he told me if she walked through his front door he'd immediately take her back, whether I was there or not. He moped about her constantly and ground my self esteem to dust. Towards the end of our relationship I couldn't sleep with him because I was afraid he thought of her while we had sex. He talked repeatedly about us being in a bubble, hiding me away so no one knew we still spent time together. He mansplained everything I tried to do or say to be kind to him and I let him, over and over again because I wanted him to want me. I was petrified, desperate and wanted to do everything in my power to change his mind.

How I put up with it for so long I'll never know.

The most significant amount of damage he did though was to my mental health. Once again we were in bed together and he told he'd slept with someone else (without changing the sheets after, when she'd come on her period. That's right he literally made me lie in someone else's period blood). He then told me he didn't want to have sex with me. He would sleep with her, but not me, and so I convinced myself I needed to be thinner, to starve myself, in order for him to love me.

To be clear I would NEVER coerce someone into having sex they didn't consent to. But our relationship ended up doing me more damage than I could have ever imagined.

I'm now realising that this kind of treatment just isn't acceptable, and I should have never allowed myself to be treated in this way. What I thought was normal behaviour, wasn't normal at all, and I allowed it to happen, over and over, all because of my desperate need to be loved.

But I swear, I will never accept it again.

I took a pretty big risk this year. I met a guy on a trip to Rome and moved to Canada to be with him after knowing him for three days. Sadly, it didn't work out and I ended up having to come back to the UK.

When I've talked about this, a lot of people have asked what's wrong with me. Wanting to know why he told me to leave, insisting there must be something so bad about me that I caused him to treat me in the way he did. At the time I laughed it off, hiding how I really felt because deep down I was agreeing with them. Asking myself why things turned out the way they did. Only now, that I'm finally  ready to deal with it, am I realising this wasn't my fault.

I took risk, it didn't work out, it's as simple as that. To all the people that mocked me I'm finally ready to ask if they would do the same, if they would move their entire life across the globe if they had a chance to be happy. I'm guessing that a lot of them would say no.

As I said in my last post, I'm leaving the UK in January with no current plans to return. I'm building my savings and taking French lessons as the only things holding me back are my finances and inability to speak another language. Come January 5th I'll be ready to go.

I took a risk, it didn't work out, sometimes these things just happen. But I'm going to continue to take risks over and over again until things work out the way I want them to. After all (cheesy line alert) I'd rather jump and get burnt than never have the chance to fly. 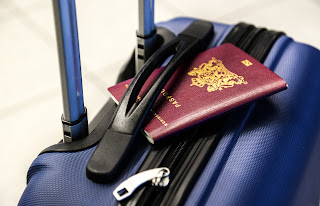 I'm feeling very philosophical at the moment. Turning 25 in April really struck a chord with me and made me think a lot about my life, in particular about what makes me happy.

Right now, I'm the happiest I've been in a long time. I have created my dream career, I live in a wonderful house with lovely people and I have amazing friends scattered all over the planet. Thing is, I know I could be happier.

Call it the British mindset but to me, there always seems to be a case of one-upmanship when it comes to complaining. I'm so busy, I'm so stressed, I'm so tired. Why is it so common, expected even, to be pushing ourselves to the limit because of the idea of what happiness should look like? Was I happy with the 9-5 job I had earlier in the year? No. Even though I poured every second of my time into finding what I thought I needed, all I was really doing is fighting for a life more suited for other people.

After a month of relaxing on the savings front and treating myself a little, I'm back and ready to focus on saving for my next adventure. So far I have a one-way flight to Copenhagen booked to leave on January 5th and no current plans to return to the UK. Planning on settling in Paris (my favourite place in the entire world) I also start French lessons next week. Every time I leave England I wonder why I choose to come back afterwards. I'm not happy here and I haven't been for a long time. Thing is, thanks to the amazing career and life I've created for myself so far, I don't have to stay.

To put it simply, I'm done doing things simply because I think they're what I need to do. I don't need a permanent 9-5 job,  a mortgage, a partner or a baby to validate my life, all I need is my passport and my skills and talents as a writer.

I'm so close to having the life of my dreams, now it's time to finish the journey.