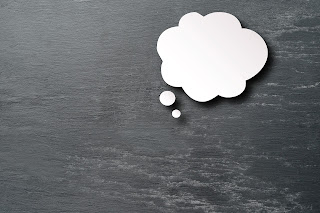 The problem with my reviewing the Thrive app was that I always knew it wasn't 100% going to work for me. It's all well and good me road testing an app designed to help with symptoms of anxiety and depression, but I don't have anxiety or depression. Instead, I have a cuntish monster living between my ears that I equally adore and want to rip out with a set of pliers, so it was always going to be difficult for me to give an accurate review.

As a relaxation app, it's pretty good. Logging your emotions is a tried and tested way of keeping track of your mood, and if you've got a few minutes to spare taking some time out to do a breathing exercise or two never hurt anyone. Based on these factors, it's one of the best I've tried and would have been very useful when I was younger and desperately trying to show my doctors/nurses/therapists/counsellors etc. how quickly my moods were changing.

Thing is, for me, that's kind of where it ended. Working 9-5, I don't really have the time to step out of my office to lie on the floor and clench my toes on command, and every 'relaxation' method the app provided needed me to give my phone my undivided attention, which is incredibly impractical. What clinched it for me as a no-go, however, was the constant reminder of things I'd previously felt shit about everytime I tried to track my mood. I completely understand the thought process, after all, it's a lot easier to select triggers from a list than type them out each day, but do I want to be reminded of how much I hated my body last week when I'm having a good day? Do I fuck.

Overall, I won't be using the app on a daily basis, although I will be keeping it on my phone for when I want to take time out to relax. I'd maybe recommend it to someone who has only just begun to identify the triggers of their depression or anxiety, but Thrive unfortunately isn't the app for me. 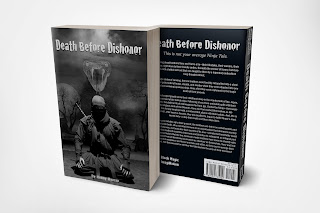 I've been taking part in a couple of blog tours lately, and it's been really fun. Basically, it appeals to all the things I love, reading, writing, and free shit.

The first book I got sent was Death Before Dishonour, by Kenny Hyman, which I really enjoyed. It started off in two parts which flip back and forth. The first is a reflective tale of a young American family raising their two sons in Japan, while the follows the brothers in the present day.

Within the first half, the brothers are enrolled in a martial arts school in an attempt to combat the elder's shyness, which leads them to a remote Japanese community from where the art they're practising was founded. The story describes their being raised by the community upon the death of their parents until they are forced to leave.

The second half of the story recounts the two brother's experiences working as assassins and dealing with the moral and emotional questions this raises. Trying to justify their actions and form relationships with people outside of their community who know nothing about their real lives. Eventually, the timelines run simultaneously and we see the two men attempt to live as killers with a deep set allegiance and emotional ties to those that raised them, and average members of society.

This book was completely alien to me, I've never read anything like it before, but I surprised myself and really enjoyed it. It's incredibly detailed, and as someone who knows fuck all about any form of martial arts, the description allowed me to visualise the fighting with no prior knowledge of what the attacks may look like. I didn't understand all of the words, but I knew what was going on. The quick pace of the present day text flies perfectly alongside the intense retelling of each assassination, while the edge of softness and serenity expertly matches the retelling of their childhood.

Like everything, it's not perfect. The author's description of women is eye-rollingly cliche at times, lots of light reflecting off of tumbling hair, but this is just something that is happening in literature at the moment. He also refers to someone's vagina as their 'sex', which made me throw up in my mouth a little bit. I get that combining erotica with Japanese history and murder may be tricky, but just use the word vagina. Finally, there are no police involved until the very end which confused me a tad. If you keep murdering people, surely someone is eventually going to notice?

Overall I thought it was a really good book and  I'm happy I picked up. I doubt it'll be something I read again, but I enjoyed it.

I have an eCopy of the book to give away, so if you'd like to give it a read simply fill in the Rafflecopter below and either follow me on Twitter or comment on this post (or both). The giveaway closes at 12pm GMT on Friday, June 8th, and I'll be contacting the winner on Saturday.

Like to drink the hot stuff? Check out Blends with Benefit, a selection of 20 blends of kick-ass teas d37bee.kckb.st