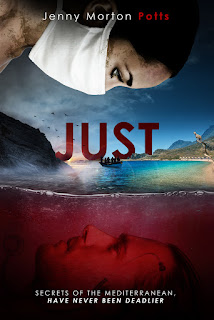 This week, I was lucky enough to be sent a copy of Just by Jenny Morton Potts. As with Death before Dishonour by Kenny Hyman, it was unlike anything I've ever read before and, whilst a little OTT in some places (a broad statement from me I know) I still really enjoyed it.

It's not exactly the most classic plot line. The protagonist, a dentist named Lucienne, finds out her ex is dead whilst her son is in Libya doing something that vaguely involves clearing dead bodies off of a beach (although I'm sure there's a more pc term for that, that's what I'm sticking with). Whilst there her son falls for another doctor and, via an accidental pregnancy, a faked death and an illegal boat ride, everything vaguely turns out alright at the end.

Return to my part about it being a little over the top. However, the reason I enjoyed it had a lot less to do with the plot line and more to do with the book in itself.

First of all, it's short, and even though my concentration levels seem to be improving and the splitting is easing up a little, things that I can read quickly make me feel a lot better than those that take me a decade and a half to fight through. And, second of all, it's beautifully written.

As a writer, I far more enjoy immersing myself in well constructed and description heavy pieces of shorter literature than fighting through something I don't find to be as well written for the sake of a better plot line. And, whilst the plot itself was more than a little bit far fetched and I had more than a couple WTF moments, the writing itself made up for it a million times over. 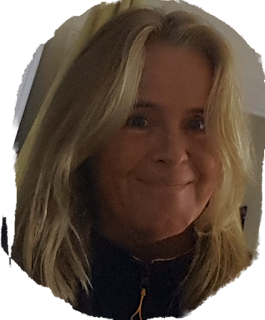 Overall, it's great if you like short and intense reads and beautiful writing. I just feel that the plotline could have been toned down a little, or that the book needed to be longer to give the reader more of an insight and explanation as to why events unfolded in the way that they did. Overall rating? 3.5 / 5

Just by Jenny Morton Potts can be purchased via amazon.co.uk and amazon.com