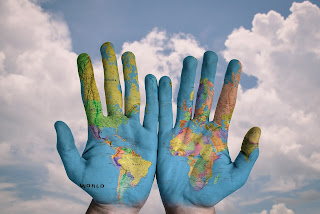 Last night I arrived home from a 10 day trip to Canada and I'm already itching to go on my next trip. Coming home so early wasn't exactly part of the plan, but everything happens for a reason and my savings need a serious boost, so I was going to have to fly back to the UK at some point anyway.

Since before I left for Europe in April, I already knew I wanted to go back. I spent most of my interailing trip visiting big cities, and I'm really keen to explore some of the more rural parts of Europe. Interail offer one country passes as well as global passes, and there's no way I'm passing up a month of travel around Poland for £54.

Another country I'm desperate to head to is Vietnam. Absolutely no idea how it's made its way onto my travel bucket list, but its been there for quite a while. I can't imagine anywhere as culturally different to the UK as Southeast Asia, and I've already checked out the cost of flights in the new year.

Next is Mexico. One of my closest friends an I had a conversation once about spending our days doing Yoga on a Mexican beach, and since then I haven't been able to get it out of my head. Visions of doing the downward dog while the sun sets might not be over realistic - but I'm sure I'll get to do it at least once.

In the mean time, it's home and the UK for me. My savings goal has been set, I'm about to start job hunting and my blog needs some serious work. I'd never thought I'd be the type to catch the travel bug, but now I'm so in love it hurts.