Somebody that I used to know 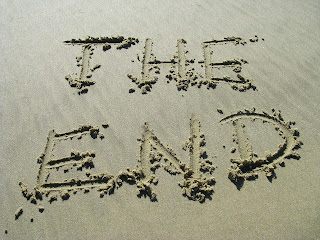 The 19th of March would have been the birthday of one of my best friends. I say would have, they're not even remotely dead, we're just not friends anymore and, if I'm honest, I'm not sure how close we ever were.

They say that friend breakups are harder than relationship breakups and it's true. Throughout all the shitty breakups I've been through I've always been able to see a reason, to point out the end moment when I finally saw it was over even if I didn't notice it at the time. The end to our relationship wasn't over in second of choice words or an act of deception, even though it was a final message that put a nail in our metaphorical coffin, but instead, it was a slow yet unavoidable burn.

For years I denied it, telling myself to ignore the lump of dread in my stomach that appeared every time I planned a visit. Looked past the judgemental comments and condescending remarks that came over and over again despite the ongoing mirage of our friendship staying seemingly strong. All I ever wanted was to be her friend.

For a lot of our friendship, things were really great. We'd have girly sleepovers, eating toffee popcorn and cherry drops and watching films, I missed her so so much when I moved away,  but while I was desperate to hold onto a friendship I thought would last forever, there was a point when I just should have let go.

It wasn't until last year when I bumped into her cousin at my local pub during a World Cup game that things really ended. I attempted to reach out to explain a situation that had happened a year or so before, and she responded by telling me I was selfish and had no morals. If I'm honest, her words are the reason I think that people think of me as selfish, even when I'm told otherwise.

For the record, I am selfish at times. I will always, always do my best to put myself first because, without sounding like a martyr, I'm the only one that ever will. Another, really amazing, friend I used to live with made me see this after I sat next to her throwing myself a pity party while she got ready for work. "You need to man the fuck up because no one else is ever going to put you first", she said without taking her eyes from the mirror as she straightened her hair, and she was 100% right. Epic cliche alert, but there's a reason they tell you to put your gas mask on flights, you have to put yourself first before you can be there for anyone else, there's no other way around it.

I'd be lying if I said that I don't miss her, I miss her a lot. When I think about it though, I think I miss the idea of what I wanted our friendship to be rather than what it was. We were friends at one point, but there's no avoiding that people change as time goes on. It's human nature to adapt,  but sometimes that means outgrowing the people we once loved. It doesn't make it any easier, but it's something we have to live with.