I'm sorry, it seems I've lost my hard on 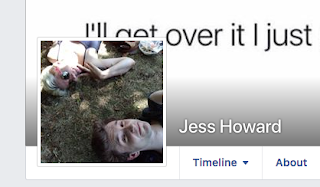 Fight Club is one of those films that everyone watches once and then feels the need to inexplicably quote for the rest of time, myself included. Watching Edward Norton and Brad Pitt have at it in a display of early noughties masculine despair is one of my favorite hobbies, particularly when you throw in the abandonment issue infested/suicidal train wreck female lead. It makes people happy to feel like they're fighting against Chuck Palahniuk's self-penned establishment, and so it remains the kind of film that will never go out of style.

I even have a quote from the book tattooed on my ribs, how's that for dedication.

Now, this post isn't a review of what is arguably one of Brad Pitt's finest pieces of work, despite the two obvious flaws it is undeniably a great film (Meatloaf where's a shirt when the third rule of Fight Club is no shirts and no shoes and you can die from insomnia.) Instead, it's a conversation about one of its more iconic quotes, mostly because people like to feel scandalous every once in a while.

I know I'm self-bashing harder than a teenager with a Victoria Secret catalog here, so calm your tits with the eye-rolling and the claims of hypocrisy for a moment.

We all have insecurities, in the same way, we all breathe, its part of how being human works, but nothing is cringing me out more atm than people creaming their pants over someone else's success by putting themselves down. "Oh you did this amazing thing today when all I did was XYZ" or "Oh my God I wish I had a figure like yours." Seriously, people, you're making my clit shrink.